Sunglasses aren’t just for being cool. They are essential gear for High-Risk Professionals! 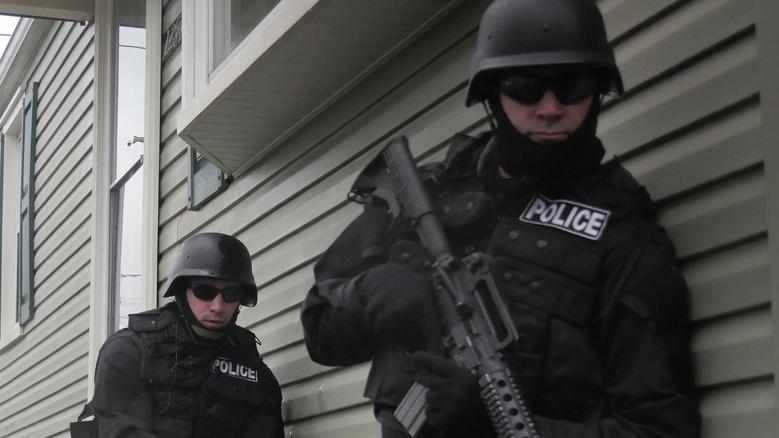 The classic “Cool Guy” look, leaning back with a pair of sunglasses and a leather jacket, was pulled directly from wartime practicality. Pilots (and gas mask wearers) in World War 1 - and then even more so in World War 2 - used protective lenses to shield their eyes when conducting missions. In fact, the name Ray-bans refers to their original use in “banning rays” from combat pilots eyes. Aviators are pretty obvious with what they are referring to. That typical combat pilot look of sunglasses and a flight jacket is a lasting symbol of American “cool” that has more or less stuck with us. Though some actors had worn sunglasses just prior to the war, it was really that dashing military pilot that led to the boom of the modern age’s sunglass industry.

I bring up this interesting little factoid because it ties into the subject I want to cover today. Tactically based sunglasses and their use for military, police, and first responders today. Sure, we all want to look good in our sunglasses - and they do give each of us a distinct look when we wear them, but there is a reason to have good sunglasses and it is not just because you’re cool. That person who wore the first sunglasses 12th century China probably thought they were cool, too; but smoky quartz with some kind of frame to make them wearable is miles away from the technology of the polarized, anti-scratch, anti-fog, ballistic wonders that we wear on our faces today. To be useful, let’s discuss these terms – what do they mean and which are features that are which are absolutely necessary for a working pair of sunglasses.

Glare occurs when an intense amount of sunlight is reflected into your eyes by a surface such as water or car glass. Being hit by glare distorts your view - affecting your color and depth perception. Even momentarily blinding you in extreme cases. For many professionals, even a momentary lapse of eyesight quality can be dangerous or lead to failing our jobs – did we miss something important? Did someone get away? For this reason, those who work in locations with a lot of vehicles, in intensely bright climates, or anywhere they find their eyesight is at risk for impairment, are highly encouraged to invest in a pair of polarized lenses. Yes they cost more and most of us do not usually consider that a feature that we need, but it is one of the most important and overlooked attributes you should look for in your glasses.

Polarized sunglasses are made with an extra chemical layer added to the lenses that helps reduce glare and the adverse effects of UV light. Regular sunglasses do lessen the amount of light that enters the eyes both vertically and horizontally. A Polarized lens absorbs the horizontal while allowing the vertical light to pass through. Because light is only going one direction when it hits your eyes, glare is reduced.

Water droplets and condensation adversely affect vision. A high body temperature will often be enough to create steam capable of reducing visibility on most sunglasses. A Hydrophilic coating is added to quality lenses that will repel water and block moisture from clinging to the glass. This leaves you with clear vision at all times. The hydrophilic anti-fog coating allows you to work in optimal conditions even when there are large temperature differences.

There are many varieties of anti-scratch resistance. All of them act as a shield that reduces the creation of scratches and improves the lens resistance to abrasions and nicks. This allows the lens to last longer, as well as preventing imperfections that can impair the user's vision. Some brands do this better than others.

There are numerous cases of ricochets and shrapnel being stopped by modern ballistic proofed sunglasses. If you live or work in an armed profession, or are prepared to be part of a fight, you need to consider choosing sunglasses that are rated to stop airborne missiles. Your eyes are delicate, really; and they’re precious. Protect them on the job, on the street, and on the range. Products marketed in the US as ‘impact protectors’ must pass specific high-impact testing requirements. Those that meet the requirements are marked as "Z87+ by the American National Standards Institute, or sometimes noted as “ANSI Z87 impact standards.”

STANAG is a similar rating that refers to the standard ballistic rating of gear destined for NATO forces. STANAG 2920 tests are conducted by shooting fragment simulating projectiles into the test specimen at different velocities. Passing the STANGAG 2920 means you meet their standard for impact resistance.

The U.S. military also rates and publishes their own standard, labeled as MIL-PRF-31013. This standard states that eyewear must withstand a 0.15 caliber, 5.8 grain, T37 shaped projectile at a velocity of 660 feet per second.

These ratings matter to you because now you know what to look for when choosing your sunglasses. You need not settle just for the claims made by the manufacturer about how resilient their products are, but you can also compare them against known standards. Most great sunglass brands know this and are very forthcoming with their rating claims. In fact, many exceed the ANSI, STANAG, and U.S. Military ratings. Most of the successfully rated glasses will not only protect from ricochets and shrapnel but can also stop a direct shot from a small caliber round at a suitable distance. Examples of glasses like this might be the Assault Tactical Glasses by Bolle or the Bronx Tactical Glasses by Tifosi have been tested successfully against the equivalent of a .22 bullet!

Here is a listing of some more sunglasses that we carry in our store that have met or exceeded these ratings:

And, of course, there are many others (this list is by no means inclusive and it is ALWAYS expanding). You can find more here.

So, you take all this together and it becomes easy to understand that choosing sunglasses for duty use or for everyday carry is a bigger decision than just ‘what looks good on my face’. If you want to choose wisely, you will remember to include ‘which glasses help me see better’ and ‘which glasses give me the right amount of protection’? Oh, and its okay if you like the way they look, too. :)

As you read this, it is my goal that maybe you've learned something you didn't know about choosing sunglasses or at least it made you think about how important your choice of eye protection can be. Since everyone who works in our company is a military or police veteran, we take the subject or protective gear very seriously – we work very hard to ensure that every single one of our eyewear products meets a higher need than just good looks. We sell eye protection!

This is an important topic for the professionals we service and we look forward to working with you – so do not hesitate to call, email, of chat with Nelson & Co today!